PRAXI Network is one of the 12 founding members of ENRICH GLOBAL, an innovation-related international collaboration with objective to contribute to the development of European scientific, technological and innovation excellence, reinforce innovation competitiveness and internationalisation and take European innovation global (and vice versa).

PRAXI Network has had an active involvement with China for over a decade, having coordinated a series of EU-funded projects with the aim to enhance and further develop R&I cooperation between the EU and China (DRAGONSTAR series of projects and ERICENA). Under the actions of the ERICENA programme, PRAXI Network has been the leading partner in the “ENRICH in China” initiative aiming to connect and support European researchers, entrepreneurs and other STI stakeholders, while providing and facilitating provision of STI services (e.g. networking, advice and support, training, among others) to private and public clients.

ENRICH-European Network of Research and Innovation Centres and Hubs in China is an EU-funded global network of research centres and nodes with the aim to establish an R&I node in China in order to support EU R&I stakeholders wanting to enter the Chinese ecosystem and facilitate their efforts in creating synergies with their Chinese counterparts. The service portfolio of ENRICH in China, intends to be comprehensive and diverse, aiming at addressing the needs and interests of its European clients in the Chinese market and maximizing the benefits of their activities and presence in China.

PRAXI Network acts as the co-ordinator of the European node of ASEM – Cooperation Centre for Science, Technology and Innovation – CCSTI.  The aim of ASEM-CCSTI is to facilitate Chinese R&I stakeholders in establishing cooperation with their Greek counterparts.

Responding to the objective of the ASEM-CCSTI initiative to set up an ASEM Coordination node in Europe, PRAXI Network undertook the necessary steps towards its establishment. Under the guidance of the General Secretariat for Research & Innovation, PRAXI Network hosts the functions of the European node of ASEM-CCSTI in its premises in Athens, Greece.

The node in principle acts as a liaison between the European and the Asian side by mobilizing relevant stakeholders at EU-Asia. It contributes to awareness activities and policy dialogue, explores links between industry and academia, disseminates research and commercial cooperation opportunities, identifies cooperation obstacles across the innovation spectrum (IPR, regulatory), as well as incentives for international cooperation.

At the same time, it plays an important role in networking with other similar initiatives or stakeholders located in Europe and initiated by the EC, Member States, and Asian countries: SFIC, ASEF, KIST, etc. In conjunction with other bilateral or bi-regional initiatives (e.g. DRAGON-STAR), the ASEM Coordination Node in Europe organizes ASEM events both in Europe and Asia (such as the International Technology Transfer Convention 2016 in Beijing and the 2nd ASEM Seminar on Cooperation in Science, Technology and Innovation for Sustainable Development in Athens).

PRAXI Network participates in the Earth Observation Programme ‘Copernicus’. ‘Copernicus’ is the European Union’s Earth observation programme, looking at our planet and its environment to benefit all European citizens. It offers information services that draw from satellite Earth Observation and in-situ (non-space) data. European citizens, ranging from policy makers, researchers, commercial to private users, as well as the global scientific community can benefit in many ways from the data and information provided by Copernicus. Indeed, Copernicus supports a variety of applications in several non-space domains, which potentially impact businesses and organisations in day-to-day activities and operations.

In the framework of the ‘Copernicus’ activities, PRAXI Network is a partner in the EU-funded project FPCUP (Framework Partnership Agreement for Copernicus User Uptake), that aims at increasing the user uptake of Copernicus data and services for the development of innovative products and services. The FPCUP consortium consists of 50 partners from 23 European countries and currently the 4 following action types are being supported: information/training-events, building user dialogue, developing and piloting downstream applications and services and finally promoting national and multi-national innovative actions.

At the same time, PRAXI Network is one of the ‘Copernicus Relays’ in Greece, responsible for acting as a local ambassador for coordinating and promoting activities around the ‘Copernicus’ Programme, its benefits and opportunities for local residents and businesses. The network is part of a wider toolkit of initiatives designed to provide information about the programme and address any concerns from citizens about accessing data and information from Copernicus. In addition, these localised one-stop shops spread the word about opportunities set up by the European Commission to support the development of innovative applications and new business models. 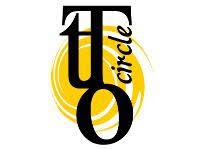 Additionally, PRAXI Network is a member of the European Technology Transfer Offices Circle, which is the technology transfer networking channel of the most important European research institutions.

PRAXI Network: A unit of the Foundation for Research & Technology - Hellas (FORTH), Coordinator of the Enterprise Europe Network - Hellas, National Contact Point for Horizon Europe, the EU’s funding programme for research and innovation.