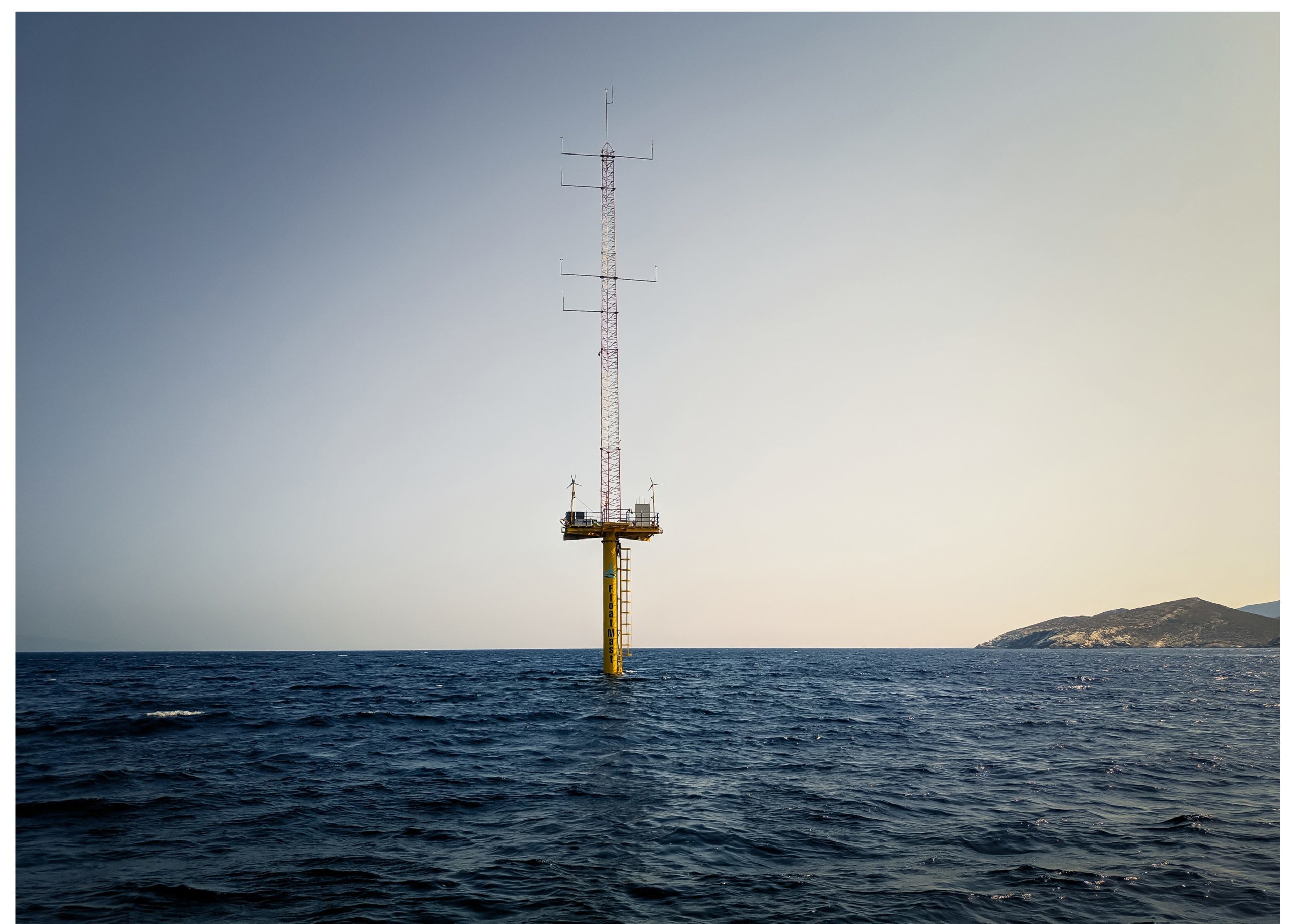 Solar, wind and other renewable sources are starting to overtake coal energy during the last years. It is remarkable that electricity generation from coal fell to its lowest level in 42 years in 2019 in the United States. Coal is on its way out and the Covid-19 outbreak has exacerbated this trend. As renewable sources become predominant, the renewable energy is progressively coming to maturity with its prices going down, making this type of energy more competitive to the hydrocarbon energies. In this context, PRAXI Network has offered its support and tailor-made services to the Greek FloatMast project that started some years ago.

The beginning of our story dates back on summer 2012 when Mr Antonios Peppas a fluid dynamics civil engineer with a strong background in the Hydro industry had the idea to design and construct floating wind farms. It was on an early stage of the project that Mr Antonios Peppas realised that he needed data from the sea based on which he could design his floating wind park. He had the simple thought that as we take land data by a mast, we can do the same in the sea with a floating mast.

The challenge was to develop a floating platform with a mast for Wind resource uncertainty reduction of Offshore Wind Power Production (Renewable energy) and maritime surveillance (Security). As this challenge was very demanding and very innovative, the need to establish a joint venture was almost mandatory. By getting together with a group of people with knowledge of hydro, wind, ocean and naval engineering Mr Peppas together with the naval engineer Mr Theodore Papatheodorou, have led to the creation of the FloatMast concept and company.

The innovation provides the best wind measurements for maximum economic gain for fixed or floating Offshore Wind Parks. On June 24, 2019, after years of hard work, FloatMast® offshore wind measurements platform has been successfully deployed in the Aegean demonstration site. It is Mediterranean’s first offshore wind infrastructure and a complete environmental monitoring solution providing advanced capabilities for reducing the income and design risks of Offshore Wind Investments.

The technology is based on the miniaturization of Oil Rig technology and combines the industry’s measurement standard of meteorological mast and remote sensing devices to deliver transparent and high accuracy and availability wind data. Also, the platform acts as a holistic environmental and ocean monitoring device by accommodating a plurality of sensors and radars.

The floating mast is between Tzia and Makronissos islands, a region with strong winds. Another innovation of the platform is in the construction. It is constructed in Greece by a steel structures craft industry. Then the assembly takes place in the port of Lavrion and is ready to be placed in a sea location.

The role of PRAXI Network

FloatMast has reached PRAXI Network in an early stage. The collaboration covers a variety of its services ranging from access to finance to networking. As FloatMast was facing the high cost of financing in Greece, needed to find funds from the EU and other governmental structures. The financing advices of our consultants have helped FloatMast to get over 23 m euros. The project has received funding from the European Union’s Horizon 2020 research and innovation programme under grant agreement No 784040. Another great acknowledgement comes from the leaders of the shipping industry as the World’s largest Chamber of Shipping, sets FloatMast® innovation under its auspices.

Another challenge for FloatMast was the lack of business model in Greece. PRAXI Network coaching team has helped the company to develop a sustainable business plan for the Greek as well as other markets. Partnerships and networking have been encouraged. On September 10-11, 2018 the FloatMast team presented their innovation in EIC Innovators’ Summit, organised by European Commission. On January 29, 2019 Mr Antonios Peppas and Mr Theodore Papatheodorou participated in EIC Corporate Day and presented FloatMast innovation to Equinor, one of the biggest energy company in the world. The FloatMast team had also meetings with American entrepreneurs in the scope of developing in other markets.

FloatMast has numerous awards, distinctions and milestones to demonstrate.

According to European Commission’s assessment, FloatMast innovation reduces the uncertainty of the investment’s income at one third and provides the highest net economic benefit in relation to competitive solutions. It presents a new technological solution to the industry and it combines the best characteristics of the main two competitive technologies. Depending on the size and wind regime of the OWP, FloatMast can reduce the cost to the Developers by 31,0 to 280,6 m Euros for the full OWP operational life. FloatMast is expected to reach in the next 5 years a market share of 8%-15%, and is expecting to deploy at least 25 platforms until 2025. 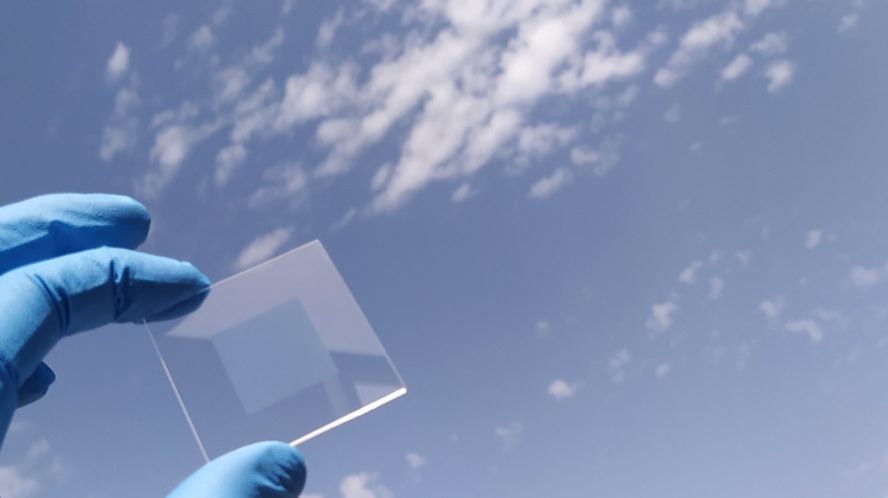 Biomimetic – Nature’s Ingenuity on Surface Engineering
It all started with a brilliant technological development. A team of Greek researchers from the “Ultrafast Laser Micro- and Nano- processing” laboratory worked for developing a surface with antireflective properties. Decreasing light reflection ... 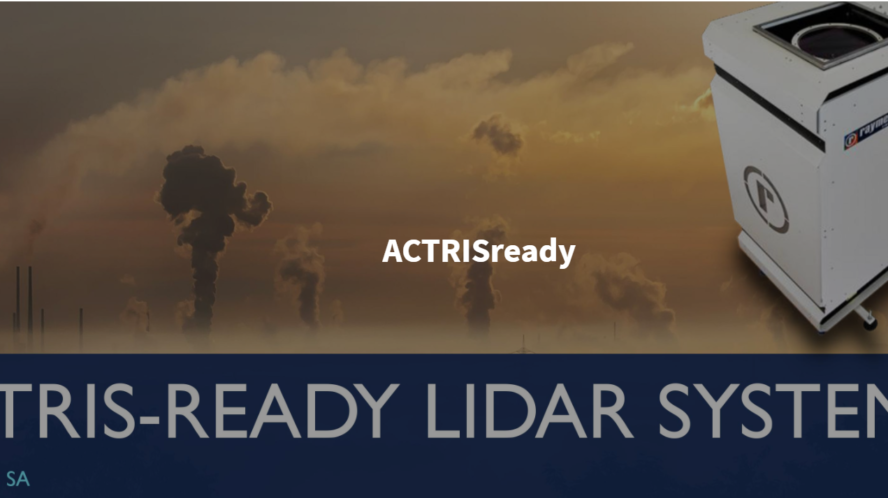 Raymetrics – How a Greek LIDAR technology company has become a worldwide leader
Light Detection And Ranging (LIDAR), is a remote sensing technology that uses light in the form of a pulsed laser to measure ranges (distances) to a target. The various applications of this technology have been developed during the last years by many companies, with 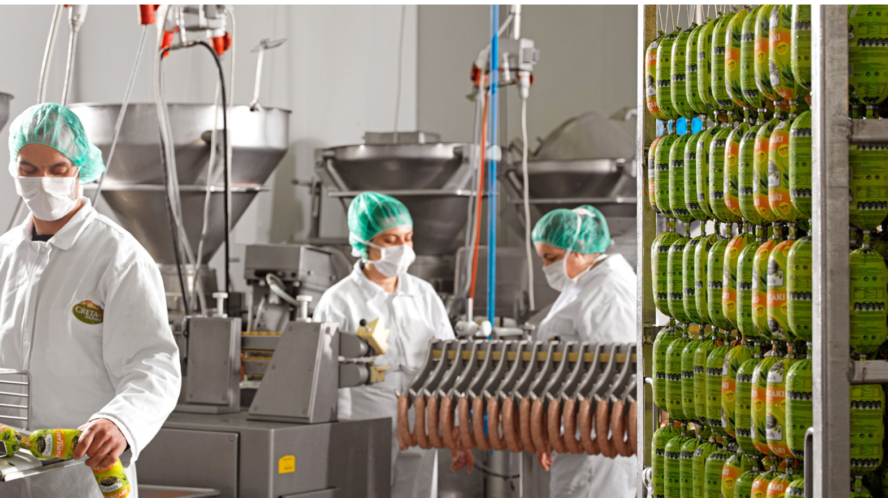 Creta Farms – When European innovation meets the Chinese market
The food industry is one of the most important sectors of a national economy as well as of the European Union. It is regarded as a traditional sector with low research intensity making innovative food companies an exception. In addition to that, the growing demand by the consumers for healthier prod...